Following each of our broadcasts, we select the Impact Player of the Game. Each winner receives a voucher to Instant Replay Sports. Check out the winners below!

2/19/22 – Watkins Glen vs. Dryden Boys Basketball – Watkins Glen’s Owen Scholtisek – Led a defensive takeover in the fourth quarter to come back and win the IAC Championship for the Senecas.

1/14/22 – Moravia vs. Newfield Boys Basketball – Newfield’s Austin Jenney – Scored 12 points including a late three-pointer to hand Moravia their first loss of the season.

12/21/21 – Newfield vs. Groton Boys Basketball – Newfield’s Jalen Hardison – Scored a game-high 22 points to lead Newfield to their fifth victory of the season.

11/13/21 – SVEC vs. Groton Football – SVEC’s Devin Beach – Totaled over 200 yards of offense and caught four touchdowns while also leading the team in tackles in Section IV Championship victory over Groton.

11/6/21 – Lansing vs. Oneonta Volleyball – Lansing’s Tennessee Gooch – Stepped up in the final set to bring the Section IV Championship to Lansing, getting the game-winning point.

11/4/21 – Trumansburg at Groton Football – Groton’s Austin Hunt – Ran for two touchdowns in the third quarter to pull away from Trumansburg after a competitive first half, helping Groton move on to the Section IV Championship.

10/23/21 – Trumansburg at Lansing Girls Soccer – Lansing’s Ava Wilder – Had two first half free kicks that led to goals in Lansing’s 3-0 win over Trumansburg in the Section IV Quarterfinals.

10/22/21 – Groton at Trumansburg Football – Groton’s Jeter Neff – Scored three four first half touchdowns and tacked on an interception in a 50-14 win over Trumansburg.

10/20/21 – Moravia at Newark Valley Girls Soccer – Moravia’s Corinne Leonard – Made huge saves throughout the second half to hold a 2-1 lead for Moravia as Newark Valley dominated possession, leading to the Blue Devils’ first-ever sectional victory.

10/19/21 – Sidney at Southern Cayuga Boys Soccer – Southern Cayuga’s Bryce David – Eighth-grader who scored the game-winning goal in the beginning of the second half of a 3-0 victory to send the Chiefs to the second round of sectionals.

10/16/21 – Marathon vs. Trumansburg Boys Soccer – Trumansburg’s Colby Grove – Made several great saves in overtime leading to a 1-1 draw and a share of the IAC Small School Championship.

10/16/21 – Lansing vs. SVEC Boys Soccer – Lansing’s Tomas Vence – Made a game-winning kick save with one minute left in a 2-1 victory to secure the IAC Large School Championship for the Bobcats.

10/8/21 – Newfield at Lansing Football – Lansing’s Carson Crandall – Ran for two touchdowns and passed for another in dominant 47-0 win over Newfield. 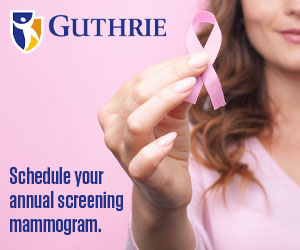 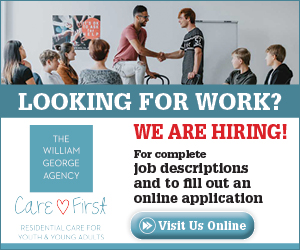 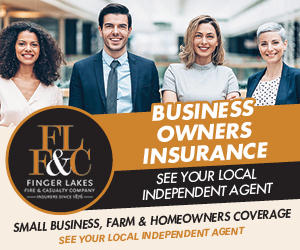